I just finished reading a book called ‘Orphanology’ by Tony Merida and Rick Morton, a biography on George Müller, Guardian of Bristol’s Orphans, and some of the many Bible references towards orphans.  I enjoyed it all and was encouraged in what we do through Mission Servants at The Lord’s Servants Home.  Although ‘Orphanology’ is a book slanted towards adoption as the best option for an orphan because of the connection to family, a bond with parents, and a sense of having a home, it recognizes that in many countries, adoptions are not possible.  It is true that orphanages in many places are mere institutions and do not provide a sense of family, bonding with a parent, and a home.  At the Lord’s Servants home, we have full-time and on-site caretakers, a family atmosphere, and priorities to care a child into an adulthood that has an education, life options, self-worth, knowledge of how to love others, and knowledge that God loves them….just like most of us were blessed with in our families.  We will have 60 children at the LSH soon.  I marvel that George Müller had these same goals and had 2,000 orphans while pioneering the orphanage institution in 19th century England.

Merida and Morton state that orphans live under the banner “Rejected, Unwanted, and Optional” and without someone showing them love, will grow up feeling “worthless, hopeless, and unloveable”.   The world is full of evil people who will use a child that feels that way about themselves.  “God has called us to be a defender of the defenseless because that is who He is.  We are returning worship to God when we show His character to the world by what we do…”

James writes in 1:27 “Religion that God our Father accept as pure and faultless is this:  to look after orphans and widows in their distress and to keep oneself from being polluted by the world.”  God takes notice because orphans are among the least powerful and most vulnerable people on earth.  I read many references to there being around 150 million orphans worldwide.  I realize through the Bible that there is more than that, billions in fact.  Before we were “adopted” into God’s family by God’s effort and God’s plan of salvation through Grace through Jesus, we were lost, vulnerable, and hopeless.  It is Jesus that put the value on us by what He paid, and made us His Family with full rights to His inheritance.  It will change a person that realizes they were an orphan and was adopted.  It did me!

I also feel there is great value in a “Godly Family Orphanage” for several other reasons… First, these children are part of their society and it’s future.  I pray that we prepare them to be part of the solution to the problems in their society because solutions must come from within.  Second, a “Mercy Ministry” like an orphanage is a hands-on way to show the love of Christ working in a tangible way and it makes the words of evangelism come alive to those watching what is happening.  Lastly, each group of children is an “unreached People Group” and will remain unable to comprehend the kind of love God has for us if living a live without somebody showing them love and giving them value and hope.

Thank you for joining us in prayer, efforts, and in worshipping God by joining him in loving and defending the defenseless. 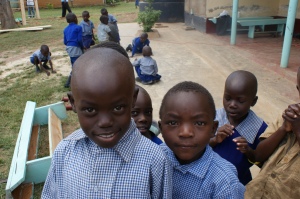 I love the ‘honesty” in a child’s face…